On Raiding and Guild Identity

I remember the time in Wotlk when we did heroics just for kicks or to help others out gearing up and so on.

Wow these days feels like it's based around raiding and M+ forgetting those who are in between.

Social gaming isn't in blizz world any longer and i'm sad about it.

Blizz has failed in social gaming and it feels like they don't care about it.

Just my ranting and few bits.

what you say is true pain, it has become so easy to gear up solo, and due to looking for group, looking for raids, and even to just click a button and search for a premade group is so easy now, that everything else starts to be irrelevant, this is not only blizzards fault, but also how many players are today, they want everything and fast, though it at same times do destroy the sosical aspect quite hard unfortunately, though I do feel atleast we still try to help out as much as possible, if someone asks, offcourse this depends total on when they ask also.

I think that is partly true about the social side of things, but I think it is also a bit of an easy thing to do, to blame Blizzard for it.

Yes, it is very easy to hit a queue and do a random instance, dungeon, raid or even a Mythic plus, but it is also very easy to do that within the guild. This expansion, within the guild, there are a lot more Mythic plus than the last expansion, and a lot more instance runs therefore than there ever were since I joined. Earlier expansions, you hit instances once you capped and then they were superfluous, you never really stepped into one again outside of gearing alts (or boosting guildies).

This expansion, there are more guildies than last running Mythic plus, perhaps not everyone as much as some people, but there are definitely more people willing to do them than before, and that then leads to Discord for comms, and a fun, social experience.

Yes, a lot of things in the game you can do solo, you are not forced to interact with others to do it, but you still can do so if you choose. I regularly end up doing incursions with a few guildies, and even just world quests, as it is quicker and more fun.

Either way, that is a little off-topic heh, I do not think a more raiding orientated focus / recruitment strategy would remove the social side of the guild, or at least lessen the current one we have. Some nights I login and I am the only player online, it is hard to be social when you are alone, and the way things are going, that might be the case more and more often!

Sorry if that sounds alarmist, but it is something I am worried about. If we cannot raid for a month, how many people would move on. It would quickly snowball until the guild is full of tumbleweed and not much more!

I just wanted to add my thoughts.

I started raiding again during this expansion and thought that it was great. I can only ever commit to once a week, but I do enjoy it - it gives an adrenaline rush, downing a boss.

Some of you may be aware that my wife and I have been going through rounds of IVF. We started on the NHS nearly a year ago now, which ultimately was unsuccessful and since then we have been going through the process privately. Each round is grueling and demanding (particularly for my wife), both physically and emotionally. However, ultimately, this is the reason why I have put a hold on raiding for the time being. Whilst WoW is a respite from most things; on this occasion (and for the last six months or so) it is very difficult to concentrate in-game or at times to switch off and relax. It is nothing to do with the game, but rather, I am preoccupied with other matters.

Unfortunately, the job that I do is pretty intense too and for obvious reasons, I end up spending a lot of my free time with my wife - and not just for the fun stuff. We still have a bit of a way to go on the journey, but as a casual player, I really enjoy raiding too and I will come back to it in the future.

I do like the current setup in the guild, for both the casual player and the raiders, but recognise that the lack of raiders is a challenge to that. Before I moved across to Kilrogg, I had played alongside Inspite since 2007. Ultimately, we both moved across from Azjol-Nerub because during the merger of servers, it was one of the last on the list. As such, people were transferring to other realms and the server population plummeted.We tried recruiting, but it was very difficult and often we struggled to find players that shared the same values as the guild.

As Zen mentioned already, you could be online on your own and it is not much fun. On AN, we carried on raiding for a bit, but started to lose a couple of the core raiders and having to call the raid much earlier than we would normally. This continued for a while and then a few transferred realms, thus compounding the issue. Soon after, raiding stopped altogether and gradually people stopped playing or creating new toons on another server. It was pretty sad, but back then, transferring across to Kilrogg was the best decision.

I enjoy this guild and when my playing time increases again, I plan to be raiding again.

I will try my best to be available on the 4th, to participate in the discussion. In the meantime, I will support whatever approach(es) people are favouring. 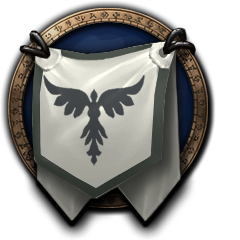 Contribute today and get our Guild Site upgraded service!